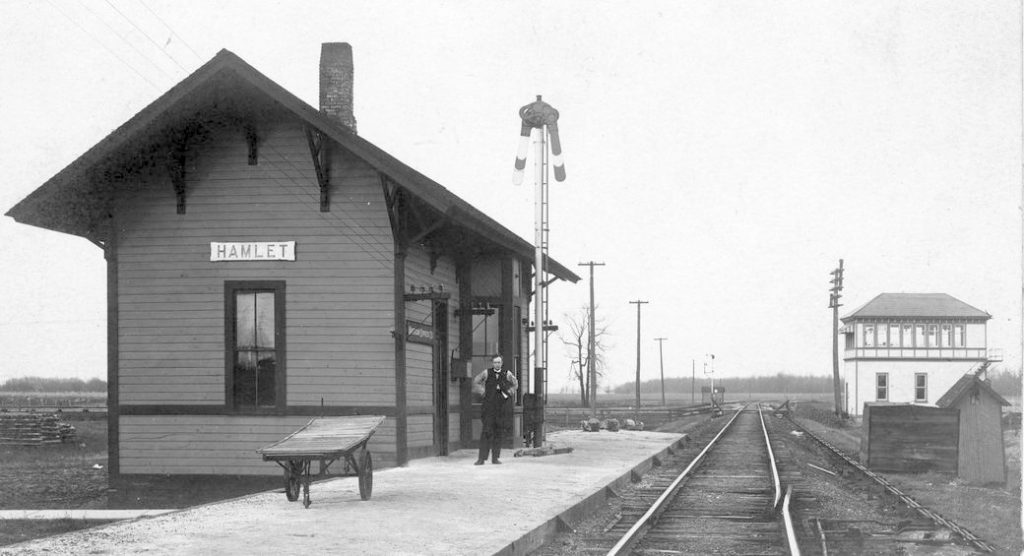 With a population under 1,000 people, Hamlet, Indiana may not seem like a notable town on the surface, but it has a key place in American History. The Yellowstone Trail was one of the first transcontinental roadways in the United States, and Hamlet is the only town in Starke County through which the trail passed.

To celebrate this honor, Hamlet holds the Yellowstone Trail Fest. What started as an opportunity for a local rendezvous with vendors selling items has turned into a full-on event with a parade, car show, games, contests, live music, an escape room, fireworks, and so much more. Furthermore, the festival is also used as a fundraiser for local organizations such as Bikes for Kids, the Oregon-Davis FFA group, and local small businesses that exhibit and sell their wares that weekend.

Even the smallest towns deserve the best service, and that’s why the residents of Hamlet trust McKesson Title Corp. for their various land title services.

Family-owned and operated since 1919, McKesson Title Corp. is one of the oldest land title agencies in Indiana. With an experienced and friendly staff, McKesson can provide you with the service you need. Title insurance, lien searches, construction loan services, document packages, lien processing, and tax exchanges are just part of what we offer.

Here’s a breakdown of some of our services:

Title Insurance: Our title department provides title search services and title insurance, which will protect you from liens, errors and problems that occurred in the past. The best thing? Instead of a yearly payment, you only pay a one-time cost! After that one time payment, the coverage lasts as long as the current owner holds the title.

1031 Tax Exchanges: Under section 1031 of the Internal Revenue code, property owners can sell their property and then reinvest the proceeds in ownership of like-kind property (property exchange). It can be somewhat complicated, but the 1031 exchange offers significant tax advantages to real estate buyers that are ready to act in a growing market. Our experts can guide you through this entire process.

Closing Services: We can assist you in the closing process, and we’ll make it work with your schedule and location. Customers can receive our help with processing, mobile closings, payoffs, document recording, and more. We’re here to make this easy!

Construction Loans: Dealing with subcontractors can be a headache, but our experienced team can manage the documentation of and payment of sub-contractors. Furthermore, we can also provide the minimum title search updates directly to the lender. It’s all about helping you over the hurdles of this business.

McKesson Title Corp. Provides Title Services You Can Count On

To begin your title journey or gather more information, call us at (574) 936-2555 or fill out our online contact form and we’ll give you a free title consultation.

McKesson Title Corp. is underwritten by Chicago Title Insurance Company. We are members of the American and Indiana Land Title Associations, the North Central Association of Realtors and the Starke-Pulaski Board of Realtors.